Fair Internet benefits you,
instead of taking advantage of you! 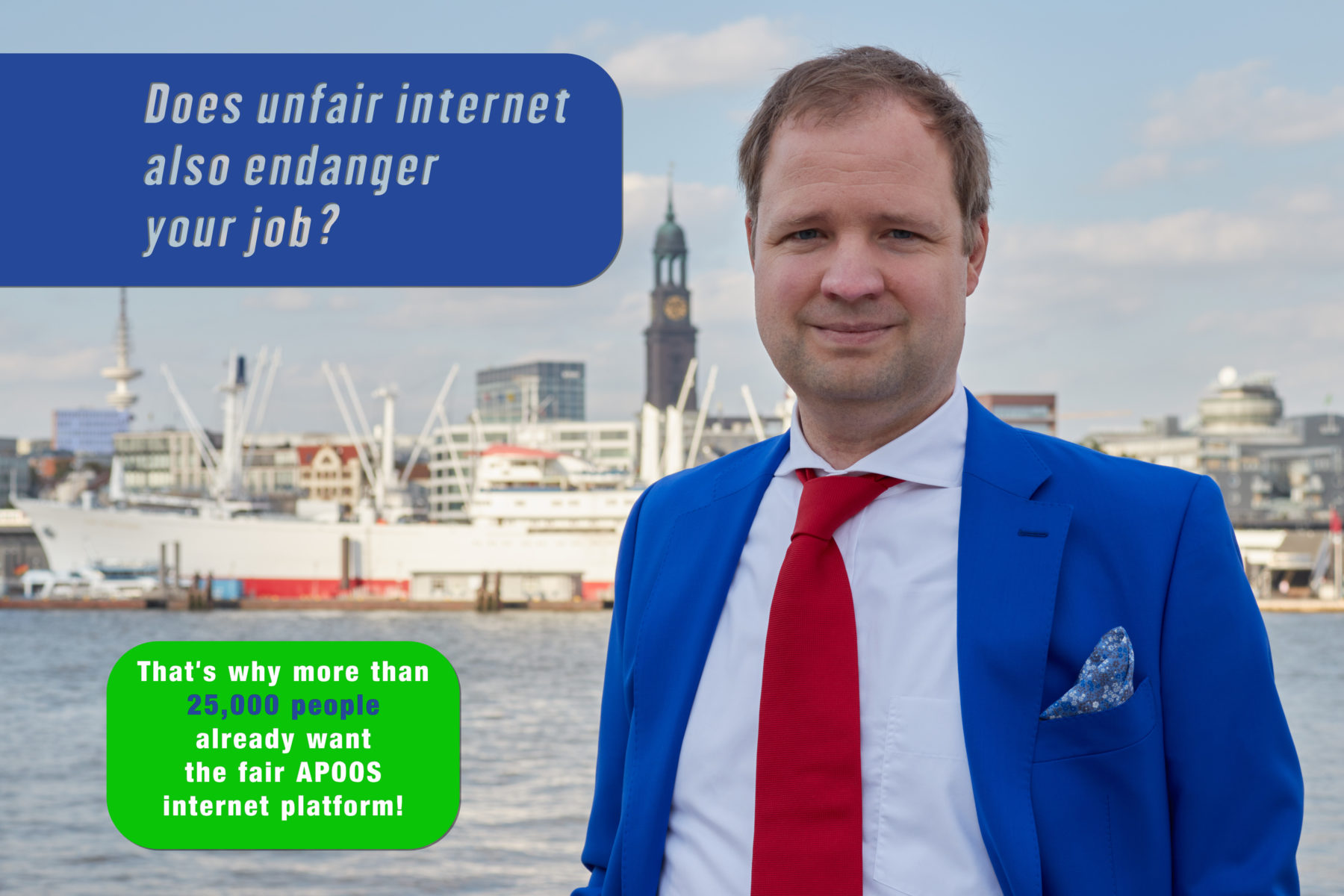 ✅ Users democratically on the future of an internet platform to share. (Participation)
✅ Support users in the implementation of their legal goals.
✅ Support safe trading and respect the desire for anonymity.
✅ Manipulating or addictive factors waive or inform about it.
✅ Respect users‘ data and privacy settings.
✅ Giving people more time through ease of use.
✅ Real reach without restrictions, it’s your followers.
✅ Promote climate-friendly processes & local trade.
✅ Make the economy more independent and thus secure jobs.


What do we want?

We urgently need a fair alternative to classic social media and sales platforms. We need more competition to make our economy more independent.

We want to create an internet platform that is like a good friend, with everything that goes with it, respect, trust and honesty.

There are currently a number of minor problems related to the Internet, such as Internet addiction, scams, social media addiction, false ratings, fake messages, etc.

Even more important is the position of large internet companies that have a monopoly position, e.g. in the area of social media or search engines.

QUESTION: Have you ever considered what happens if your company or the company you work for is no longer found on the „Internet“? Or does the search engine in question charge 20% of the company’s profit as a commission?

Absurd or a real risk. There is already speculation as to which corporate failures could be due to the introduction of new search engine products.

The penalties previously imposed by cartel offices are paid by such companies from the postage account. More about fair internet protects jobs: Here (in German)!

The author Ingrid Brodnig also dealt with the topic in her book „Übermacht im Netz“ (in English: Overpowering on the Net). A book recession says:

Brodnig uses many examples to show how this development can be identified. On the one hand, there is the formation of monopoly-like companies such as Amazon, Google or Facebook, which are not only digging the water for established retailers, for example. Business strategies based on collecting data make them richer and richer. They don’t let the majority of people share in this wealth …

The situation is serious, not only we have recognized that, but also the signatories of our petition.

With our petition, we have been able to inspire and convince more than 25,000 people that APOOS is a fair solution that should be promoted.

Unfortunately, politics has not yet responded. However, we cannot wait until companies are only subcontractors of American Internet companies. It is up to us to strengthen the economy and secure our jobs.

Support That is why you are now supporting APOOS
and secure the economy.